If you haven’t noticed, the use of mobile devices has skyrocketed over the past few years—take a look at how many tablets, smartphones, gaming devices and even watches that are on the market with the capability to browse the web. It’s insane. And, companies have taken full advantage of this mobile madness and really honed in on mobile marketing and advertising efforts to accommodate for mobile devices. In fact, AdWeek says, “Mobile ad spending, in particular…[is] projected to hit $64 billion in 2015 and $158 billion by 2018, when it could account for as much as 22 percent of ad budgets” (McQuilken).

The increase in ad spending is an indicator that marketing efforts, directed toward mobile platforms, are experiencing a direct correlation with increases in ROI. Companies have come to rely on consumer growth via mobile devices throughout the year, thus such high advertising spending. “This most likely indicates that these channels are working for these businesses to drive measurable results or they wouldn’t continue to allocate their budgets to them” (AdKnowledge). 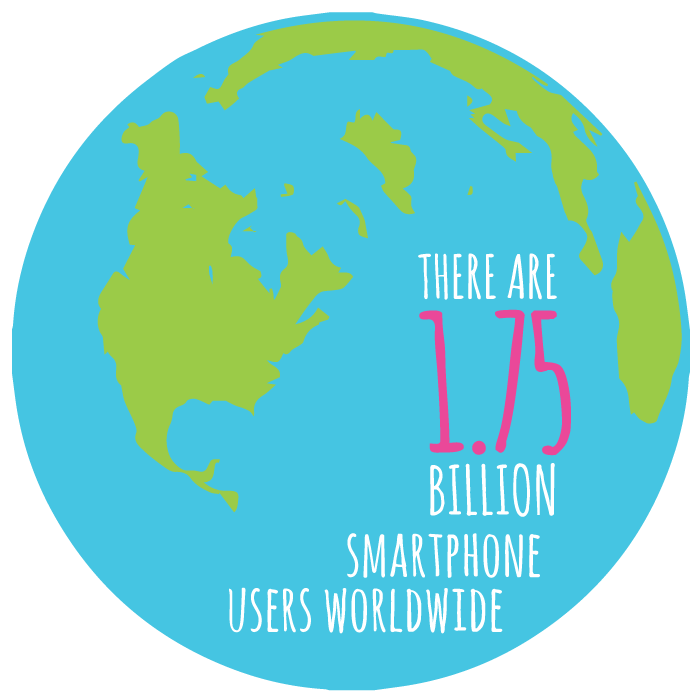 Not only does mobile marketing aid in brand awareness and consumer growth, but it also decreases “comparison” shopping. Consumers who browse products and services through mobile devices are less likely to compare your products and services with other companies—especially if your company website is set up as a mobile app.

Now, get this… “Consumers today spend nearly 60% of their time on the Internet on their mobile devices, as compared to their desktop or laptop computer” (Sterling). And, there are nearly 1.75 billion smartphone users in the world (eMarketer)! That is a lot of people online via a mobile device. Those numbers alone should be convincing enough to optimize advertisements for mobile use—over half of your audience is active online throughout the day.

Now, how does video play into your marketing efforts via mobile use? “By 2018, mobile video will represent 69% of all mobile traffic, which is an increase from 53% in 2013. Last year, users watched about two hours of video per month on their mobile phones” (Guglielmo). So, not only should your company be redirecting focus to mobile optimization, but you should also emphasize mobile marketing through video! Video engages and captures the attention of your viewer more consistently than any other form of content marketing. Plus, people are watching A LOT of video on mobile devices, which I mentioned takes up 60% of their time on the Internet.